I can’t be the only one who’s happy to celebrate Thanksgiving twice, can I? Obviously, food spread, with its own personal traditions and specific dishes, but also time to catch up on reading! This month’s TBR is a cornucopia of delights in the form of several SFF collections, ranging from works by individual authors to anthologies looking back at 2022 and re-examining fairy tales through queer and otherwise diverse lenses. . But of course, there are also plenty of wonderful novels coming out this month. And if you yearn for the personal fulfillment of completing a streak, NK Jemisin has you covered… 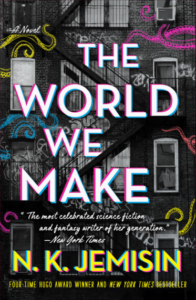 The world we create by NK Jemisin
(Orbit Books, November 1)

The Big City duology ends with the human avatars of New York (each representing a borough made flesh) taking a stand against the Woman in White, who represents the encroaching Lovecraftian interdimensional city of R’lyeh. But as the avatars face deportation (because they’re still only humans) or the temptation to become the avatar of another big city (Chicago knocks on the door), they must find the best way to survive. prevent the Big Apple from being literally wiped off the map. . 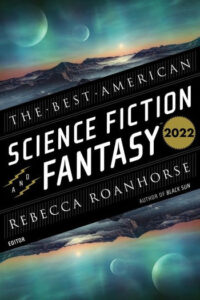 As guest editor Rebecca Roanhorse shares in her introduction, she selected several of this year’s 20 SFF stories for how they portray human connection, albeit speculatively, during physical and figurative covid isolation. But what’s even better is that these moments and issues don’t have to be levels of humanity’s destiny. Kel Coleman’s “Freely Delete Your First Memory” shows how utterly liberating our existence would be if we weren’t burdened with reliving cringeworthy moments. Karen Russell conjures up a mythical creature on Everyday Garbage Thursday in “The Cloud Lake Unicorn.” And in Maria Dong’s Frankly Impossible Weight of Han, the ineffable contagion that spreads from person to person is grief. The collection also includes works by P. Djèli Clark, Nalo Hopkinson, José Pablo Iriarte, Stephen Graham Jones and many others. 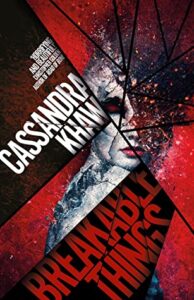 Chances are you’ll keep hearing about the work of author and game writer Cassandra Khaw, with recent novels in science fiction (The consumer world) and horror (Nothing but blackened teeth) kingdoms, and a dark fantasy next year (The salt gets heavy). If you’re not sure which of their books to choose first, start with this first collection of fictional shorts: The 23 selections are all short but in a tense and lush way; Khaw lays down patterns of water and foxes, eldritch realms and folk weavings, all with more than a touch of macabre and hooks that get under readers’ skin. 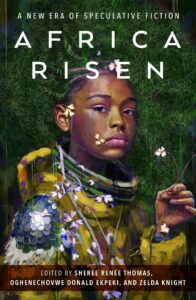 This superb collection of stories connects SFF writers from Africa and the African Diaspora, from greats like Tananarive Due, Stephen Barnes and Maurice Broaddus to newer voices like Wole Talabi, Chinelo Onwualu and Dilman Dila. (This excellent review of Speed ​​of light contextualizes these many voices and stories better than me.) Among the 32 stories is an android who has an existential crisis over whether she is technically dead or alive; a deceased grandmother’s mysterious cookbook and the magic it imparts; and a supercomputer that collects all the memories and traditions of the ancestors. 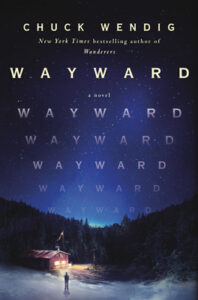 Chuck Wendig’s wanderers predicted a global crisis that would be known, in the world it is reshaping, as the White Mask Pandemic. The first book in this series was also released in the summer of 2019. Now, several years after our time with covid began, the sequel Rebel examines the past five years in their own reality through the eyes of survivors from the town of Ouray, Colorado: people who were forced by an epidemic of sleepwalking to leave their homes; the shepherds, or relatives, who ensured that they arrived without damage; and Black Swan, the AI ​​that both predicted White Mask and initiated sleep to bring these aliens together. When Black Swan makes another executive decision without learning about humans, they travel from the CDC to the Rock ‘n’ Roll Hall of Fame and cross paths with brutal and bigoted President Ed Creel. 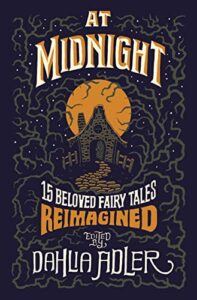 This young adult anthology calls on acclaimed authors such as Melissa Albert, Tracy Deonn, Malinda Lo, Darcie Little Badger and many more to tell fairy tales in clever new modes that tap into that familiar magic. There is a Native American version of the “Puss in Boots” in “Coyote in High-Top Sneakers”; “Mother’s Mirror” or Snow White with a trans teenage protagonist pushing back against their parents’ view of them; and an update of Rumpelstiltskin by coding in “Say My Name”. 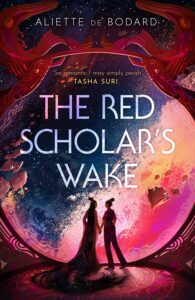 The awakening of the red scientist by Aliette de Bodard
(Gollancz, November 24)

The latest installment in Aliette de Bodard’s space opera adventure series Xuya picks up the familiar romantic trope of marriage of convenience… but in this case, it’s between a scavenger and a recently widowed sentient spaceship, paired by space pirates! When the Red Banner Fleet reclaims Xích Si, they expect to be thrown into indentured servitude – until they receive a fascinating business proposition from the leader of the pirates, Rice Fish. A spirit mourning the recent loss (or murder?!) of his wife, Red Scholar, Rice Fish offers that Xích Si become his new wife so she can help investigate his suspicions of foul play. There have been a bunch of excellent fantasy romances this year, but I’m thrilled to see a sci-fi romance with such a compelling premise.

Nathalie Zutter is a Brooklyn-based playwright and pop culture critic whose work has appeared on Tor.com, NPR Books, Geek’s Lair, and elsewhere. Find her on Twitter @nataliezutter.